Please send all correspondence to:

Close Panel
Get in touch

Dan began working in private practice in 2002 and was admitted as a member of the Association of Chartered Certified Accountants in March 2007 and later became a fellow in 2012. He trained with a small firm of Chartered Accountants - James & Parry, in the town of Andover, Hampshire and is very grateful to Graham James, a Chartered Accountant and Chartered Tax Adviser for the opportunities and responsibilities given to him, which have impacted so much on his career to date.

As well as taxation, Dan also has particular interest in advising the agricultural and rural sector as well as owner managed businesses in a variety of other sectors. He enjoys fostering good relationships with individuals and drawing alongside them with a genuine interest and professional care for them and their affairs.

In 2008 Dan met his now wife Rachel and relocated to the Cotswolds in November of the same year. Until spring of 2012 he worked as a client and tax manager for a well-respected multiple office firm of Chartered Accountants based in Oxfordshire. Although he was offered a partnership position within that firm, he was drawn to practicing on his own account and that is how Daniel Colwell & Co came into existence.

In his spare time Daniel enjoys helping out with the youth group at Cirencester Baptist Church, walking, spending time with his wife Rachel and their baby daughters Martha and Florence and fostering ex-battery hens! 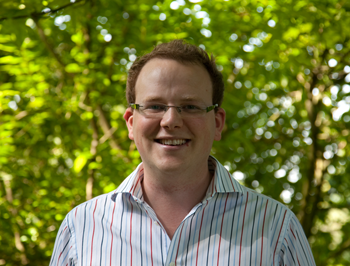 Graham trained as a Chartered Accountant with Thomson McLintock in Leicester, now part of KPMG, being mostly engaged on company audits including a number of very well known names. He succesfully negotiated his examinations at the first attempt and was admitted as an Associate member and, later, as a Fellow of the Institute of Charterd Accountants in England and Wales.

After a period acquiring post-qualification experience in taxation and accounting work, for smaller private companies and unincorporated businesses, Graham joined Chart Foulks Lynch as a lecturer in accounting, taxation and auditing where he eventually became head of the company’s residential training school in Hampshire. He was later appointed as a main board director of Chart Foulks Lynch and lectured around the country.

In 1985 Graham was admitted to the Chartered Institute of Taxation having passed the final examinations of the Institute; he was placed first nationally in those examinations and awarded the Butterworth’s prize. In the same year he began his own accountancy practice whilst continuing to lecture on a freelance basis for Financial Training and Chart Foulks Lynch as well as for the Mercia Group and Central Law Training on continuing professonal development courses for qualified accountants and lawyers.

In 2006 Graham sold his practice but continued to advise a number of his former clients whilst also taking up directorships and management roles with other companies. Working mainly in financial planning and compliance, as well as providing tax advice, Graham gained experience in diverse business sectors including training, software development, hospitality and aviation; during this time he worked around the UK and in the Middle East.

Graham has acted as an examiner for a professional body; he has written on taxation and financial topics for technical and business magazines and has been editor of a national newsletter supplied to accounting firms for distribution to their clients. He has worked voluntarily as a support worker and treasurer for a small charity dealing with children suffering a rare, life-affecting medical condition.